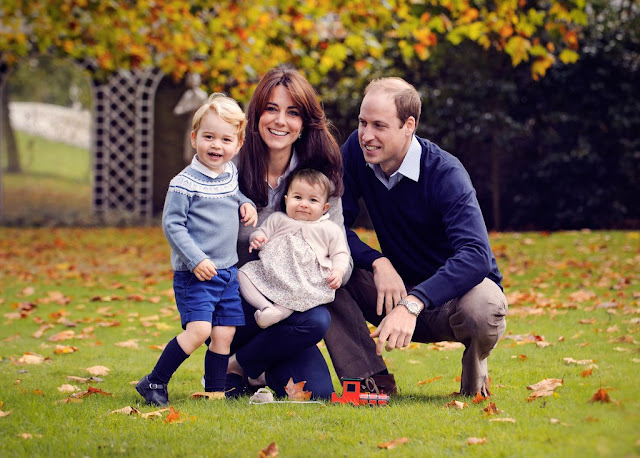 It seems that many in Malta and around the world are awaiting with bated breath the arrival of a new British royal this month. Kensington Palace officials did not reveal Kate’s exact due date, but it has been reported to be 23rd April. This info is all over the news… But I don’t care about the royal baby much! The fact that this particular baby will be born doesn’t excite me at all. Is there anything  wrong with me?
I can’t help but wonder about the estimated 371,520 babies that will be born around the world on the same day that, the third royal baby will come to be. While  some of those common children will also be born into a world of relative privilege and safety—though not the royal levels of privilege, by any means—many more of them will not. Many of the babies born on the 23rd April will inherit a world that is dangerous and even deadly.
Of the non-royal 371,520 babies that will be born on the 23rd April, it is estimated that 24,000 will probably not live to see their fifth birthday. Most of the 24,000 children under the age of 5, die on a daily basis from preventable causes: diarrhea, malaria, neonatal infection, pneumonia, preterm delivery. In fact, diarrhea accounts for 16% of deaths of children younger than 5, around 760,000 a year. Most of these children would survive if their families had access to clean drinking water. Pneumonia, which kills an estimated 1.2 million children under 5 a year, could be severely reduced with better sanitation, better access to vaccines, and better access to antibiotics. Only 30% of children who have pneumonia around the world have access to these services.
The royal baby can expect to have access to the best education money can buy, of course. The 371,520 babies that share his birthday are facing a much more mixed bag. Most of them will probably go to a primary school, but things get a little uncertain when we’re talking about secondary school. Right now, a few more than half of the children of secondary school age, are enrolled in a secondary school.
Royal babies probably subsist on a diet of the finest formula milk, before moving on to well-balanced baby foods, but things are less predictable for other babies that also came into the world on the 23rd April. It is estimated that one-third of children in the developing world, including 195 million children under the age of 5, are suffering from malnutrition.
I’m annoyed by the media’s obsession with royal and celebrity babies. The birth of any baby is a happy, exciting occasion. The rest of the 371,520 babies born on the 23rd April may not get on the front pages, or have news of their birth posted on Facebook and Twitter, but most of them will be greeted with the same love and excitement that Prince William and Kate Middleton are experiencing right now.
With some simple interventions and a little more investment in nutrition and preventive health care, a lot more of those families will continue to be as happy as they are today.
This article was originally published on IotL.

Adorable new book: Where am I from?

by Kirsten Spiteri - July 25, 2018
When I first heard about this new book by Elisavet Arkolaki, it immediately intrigued me, as the title reminded me about one of my favourite paintings by French post-Impressionist artist, Paul Gauguin. The painting I’m referring to is; Where Do We Come From? What Are We? Where Are We Going? Elisavet Arkolaki is a mother, a professional writer, and also runs www.maltamum.com which is the top parenting blog in Malta. Where am I from?  is a new children's book featuring 12 illustrations-murals, 1 mural for the book cover, and a wonderful message. To put it simply, it wants to bring a message of peace & unity while teaching children about different countries, and the beauty of street art & graffiti. In fact, the artist will paint on walls, and then proceed with taking high resolution pictures with a professional camera. The murals will be painted in Athens by Platon, a most well-known street artist in Greece, and his pictures will accompany the story. Thi
Post a Comment
Read more

by Kirsten Spiteri - April 22, 2018
Why are women’s nipples, specifically, so taboo? Why are people so shocked by women’s nipples? Why do they have so much power? Men have them. Women have them. We all demand equality and want to be treated equally, yet women are still vilified for 'indecent exposure' for showing something that both parties naturally have. Why only women? As if the public is simply too delicate to handle seeing female nipples. When did a nipple become offensive? Where do you draw the line at 'indecent'? What is it about women’s nipples that can stir so much interest in today’s society? They are, after all, a normal part of all women regardless of race, ethnicity or religion. I’m trying my best to understand why society looks upon women’s nipples as offensive. I understand the whole religious morality issue – even though, as an Atheist, I don’t agree with it. Women were taught since early childhood that displaying their nipples openly is offensive, slutty, and completely
Post a Comment
Read more